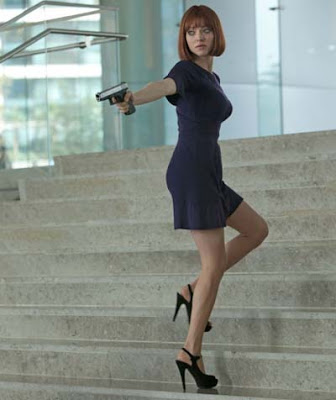 The movie is not superlative but I write about because it gives us a wonderful opportunity to think about a very big issue: the production of wealth (money, GDP or anything else that we mean by "material value").


In the movie, people do not exchange things and services with money, but with Time, each man has its own amount of Time (some more and some less) and uses it as a currency. Powerful way to show how personal assets allow us to enjoy material things, and powerful way to show us how to better control people giving them less and less.

But this is not the point, many movies has been arguing those issues.

The really unusual idea spread by this story is that the total amount of wealth (say Time) on the planet is finite. While someone gets more Time someone else, in some other part of the world, gets less: a zero-sum game (factories in the movies are not manufacturing time, only bracelets and other credit-card-like-tools to manage time).

The world we have been living in for the past decades has not been this way, in a growing economy if someone gets rich is not because someone else gets poor, simply new wealth is created and added to the economy: wealth created not moved.

Well, if we are facing a zero growth future (for whatsoever reason) we are getting in era where earning is neither innocent nor worthing? For centuries skills and ability of men created for us a lot of stuff, and we loved that stuff and the people who created. But in a zero growth economy? Will we appreciate people who just take out wealth from other people hands?
Posted by Roberto Mussi at 14:04

Roberto Mussi
Roberto Mussi was born in 1977 in Italy. He is Mechanical Engineer and has a Ph.D in Energetics. He studied and worked as a Research Fellow at Politecnico di Milano, Politecnico di Torino and University of Florence. He lives and works in Florence for Yanmar R&D Europe as group leader of the renewable energy sector.